Solar batteries are a smart investment for energy storage. Without a battery bank, you won't be able to store energy generated by your system for later use. If you're tied to the grid, no battery means no backup power when the utility grid suffers an outage. If you live off-grid, your system simply won't work at all.

Batteries are crucial to keeping your system running. There are many types of lithium batteries available. If you're looking for the best one for solar, it's important to know what type of battery is right for your needs.

Solar batteries are a smart investment for residential energy storage and DIY solar projects. People who want to go off the grid can use solar batteries to store excess energy that can be used at night or on cloudy days. Also, a few solar batteries come in handy if you live in an area with unreliable utilities. You can also use solar power battery storage to run R.V.s, boats, golf carts and more.

Choosing the best battery for your solar panels involves many factors in your decision, including the battery's capacity, power, efficiency, and costs depending on your needs. To help you make the right choice, let's review the best lithium battery for solar, the different types of batteries available, and our recommendations for the best batteries for solar in 2021.

How Do Solar Batteries Work? 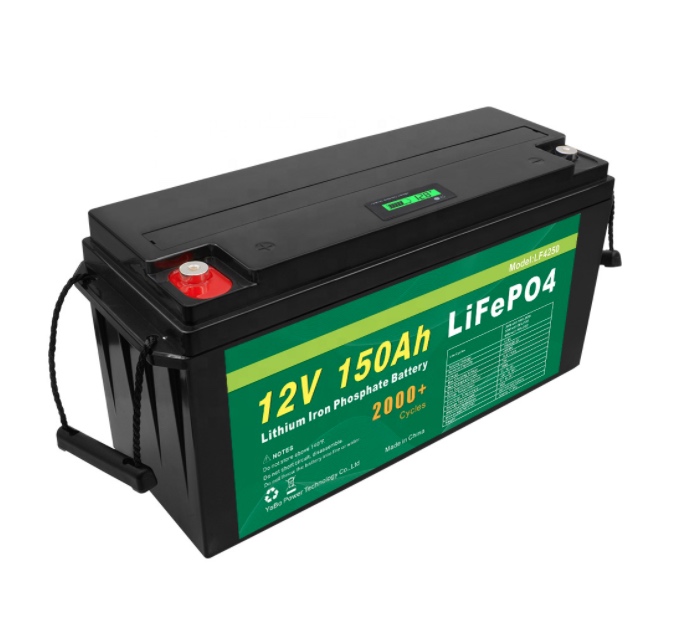 When installing a solar battery as part of your solar panel system, you can store excess solar energy instead of sending it back to the power grid. If your panels produce more electricity than you need, this energy can go back into charging your battery.

When you make the decision to go solar, you'll have a series of solar panels installed on your roof. How solar panels work is that they collect energy from the sun and turn it into electricity. This electricity then passes through an inverter, which turns that raw electricity into a type of current that you can use to power your home.

Most home solar panel systems are connected to local power grid systems, which means that if you ever produce more solar energy than your home needs, the excess is fed back into the grid. This typically results in credit from your utility company. By contrast, if your solar system does not produce enough energy, you'll draw energy from the grid.

So, where do batteries come into play? A solar battery bank will store energy that's produced by your system, allowing you to use it later. So, if your system is creating a surplus of electrical energy, you can store it rather than feed it back into the grid. Then, later, when your unit is not producing any energy (for instance, when after dark or on cloudy days), you can tap into those energy reserves in your solar battery bank.

The upshot is that, by having batteries for solar panels, you can have a backup power supply for times when the sun isn't shining or for use during a localised power outage. However, you may want to consider a few of the best solar batteries before purchasing your home energy storage system. To see how much a solar system would cost for your home, fill out our form below to get a free quote from a solar installer near you.

How Do I Choose the Best Batteries For Solar?

How do you decide what batteries are right for you? Picking the right battery depends on many factors like application, budget, and expectations for upkeep (like regular maintenance and replacement interval). Your living situation will determine the smartest battery choice for your project. Here's our breakdown of the best batteries to meet your solar needs:

The average American household uses about 30 kWh each day, and a typical solar battery has a capacity of around 10kWh. A battery's capacity (or size) is the amount of electricity that a battery is able to store and supply to your home. While power is expressed in kW, battery size is expressed in kilowatt-hours (kWh), which is power multiplied by time. As a result, a battery's storage capacity tells you how long your battery can power parts of your home. Be sure to look for the battery's usable capacity, as that number represents the amount of stored electricity that you can actually access in a battery.

Since electricity usage is power multiplied by time, you'll run out of stored electricity faster if you are using more power. Conversely, if you're only using your battery to back up a few appliances with relatively small power consumption, you can keep them running for a longer amount of time. This makes the size of a battery slightly misleading because the length of time a battery's charge will last is directly influenced by how much power it's outputting.

The depth of discharge shows how much of your battery capacity can be used before potentially shortening its life span. The higher the DoD, the more usage you'll get from the battery's capacity.

Power is expressed either in kilowatts (thousands of Watts) or in Amps, and different appliances use different amounts of power. For instance, a typical compact fluorescent lightbulb will use 12 Watts (or 0.012 kW) of power, while a 3-ton A.C. unit will draw 20 amps, which is equivalent to 4.8 kW. Most of the batteries available on the market today have a continuous power output of around 5 kW.

Importantly, solar batteries often have two different power ratings–a continuous power rating and a 5-minute or instantaneous power rating–meaning they can provide more power in short bursts. This is important if you have an appliance like a sump pump that requires a large amount of power to turn on but then runs at lower power. Power shows a battery's output capability. The amount of power a battery can deliver at once is displayed in kilowatts (kW).

You can link several L.G. Chem residential energy solar units (RESUs) together with either a hybrid inverter or a string and battery inverter for additional power capacity. L.G. Chem lithium-ion batteries are safe for indoor or outdoor solar installations. In addition, Vivint includes a 10-year performance warranty on solar batteries.

Sunrun Brightbox is one of the best batteries for residential rooftop solar systems. Sunrun is the U.S.'s largest residential solar, battery storage and energy services company. You can monitor energy storage and usage efficiency through an internet or cellular connection. You can also set a Brightbox battery to kick in if your electricity usage peaks during peak use (TOU) rates, which helps reduce your utility bills.

A Brightbox battery is about the size of a water heater and is mounted on a wall. Sunrun covers Brightbox with a 10-year warranty, but the batteries last up to 15 years. Sunrun offers Brightbox to new customers in California, Massachusetts, Arizona, New York, Hawaii, Florida and Puerto Rico.

The compact Sungrow SBP4K8 battery is one of the most underrated batteries on the market due to being a re-packaged version of the high-performance Samsung SDI battery.

Samsung is one of the world's leading battery manufacturers with a long history in battery manufacturing. Samsung engineered the SDI module utilising a stack of high-performance Lithium NMC prismatic cells with a design life of 6000 cycles or around 15 years. The unique colourful cell design includes advanced safety features and a layered structure (not wound) to increase cycle life and improve reliability. Performance (of the older version) has shown very good results in independent ITP renewables battery testing.

The Sungrow SBP4K8 battery is very affordable, coming in at around $4000. It's also very compact with convenient grab handles moulded into the sturdy cast-aluminium lid. There are cable entry points on either side of the battery, making it much easier and neater to install and enabling multiple batteries to be easily connected in parallel for greater storage capacity if required (up to 14.4kWh). Weighing in at 48kg, it can be wall or floor mounted and features a single round led light to indicate the operating status.

BYD is a massive China-based battery manufacturer that has launched into the electric vehicle and energy storage market. BYD offers a wide variety of Lithium battery systems based on LFP or Lithium Ferro Phosphate cells due to the increased safety, stability and lifespan compared to other lithium chemistries. In addition, BYD pioneered the modular tower battery concept with the first generation high-voltage (H.V.) battery system launched back in 2017. This unique design was in response to the new H.V. hybrid inverters being developed, which offered increased efficiency and lower manufacturing costs associated with the new voltage power conversion inverter architecture.

The Fullriver AGM is designed to have a high reserve capacity and low internal resistance. It combines the performance of a true deep-cycle battery with the convenience and safety of valve-regulated lead-acid (VRLA) sealing technology.

Its dual top terminals provide greater installation flexibility, allowing for both recreational and industrial deep-discharge applications. However, Fullriver DC batteries use extra lead to strengthen cell connections, which means this battery is heavier than most — 123 pounds.

Universal Power Group is one of our top picks because of its battery's versatility, durability and reasonable price. You can use this battery for home solar power storage or mobile charging systems. In addition, SLA/AGM technology means this battery is low maintenance and spill-proof.

The battery is excellent for solar systems in small cabins, campervans and boats. Consumers say four of these batteries can run 100 watts all day or 1,500 watts for 30 minutes without a significant voltage drop. In addition, universal Power Group provides a one-year warranty on this battery.

It is important to do your research before buying any product. It's even more critical when you are looking for the best lithium battery for solar. There are many options out there and not all of them will work well with your system. 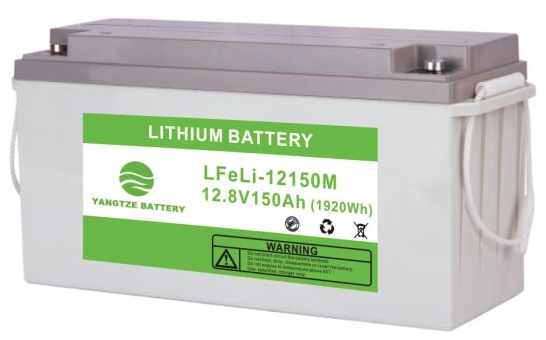 Are lithium batteries good for solar?

The best lithium battery chemistry for solar applications is Lithium Iron Phosphate, shorted to LiFePO4 or LFP batteries. This new technology lasts longer and can be put through deeper cycles. They also require no maintenance or venting, unlike lead-acid batteries.

How long do lithium-ion batteries last for solar?

Because lithium-ion batteries have a high DoD and don't need to be charged and recharged as often, they have a long lifespan. Most lithium-ion solar batteries have a minimum warrantied lifespan of around 10 years or a cycle life of 10,000 cycles - whichever comes first.

Can I use a normal battery in a solar inverter?

Solar batteries are 100% compatible with normal inverters. However, if you plan to add solar panels to your normal inverter in the future, it's better to go for an Exide solar tubular battery instead of normal batteries.

Can I use a solar panel and inverter without a battery?

Solar Panel Installation Without Battery Power As A Backup System. A hybrid solar inverter can work without batteries. The energy produced by the solar panels is directed to the house for use. They do not need to produce all the electricity to run an entire household as shortfalls can be made up from the power grid. 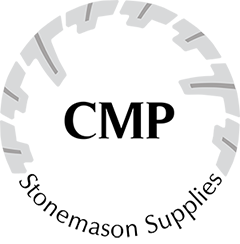 CMP Stone, leader in stonecutting and masonry tools since 1991 in Hallam, Melbourne, Victoria as well as Brisbane, Queensland. 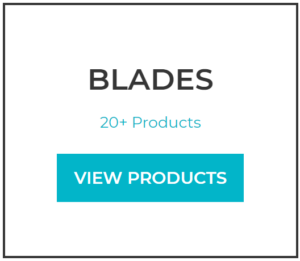 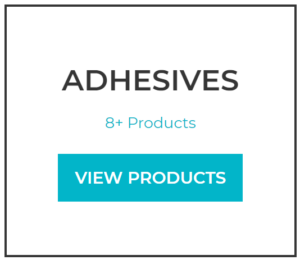 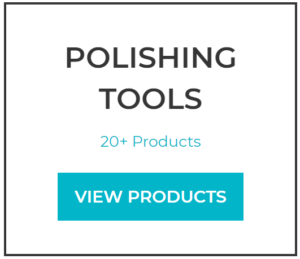 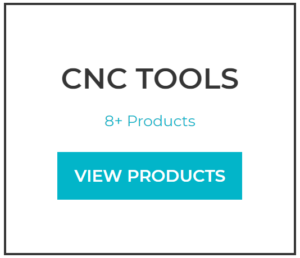 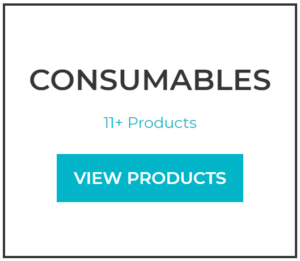 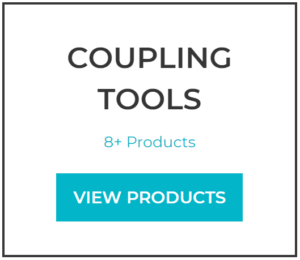 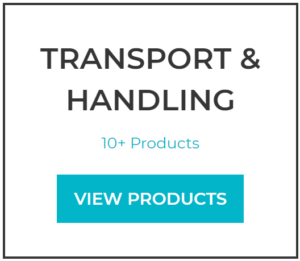 Dan the Man
10:20 13 May 22
Bought some stone splitting tools. Dealt with John........enthusiastic and knowledgeable! A credit to your business.

Triv “The Physique Engineer” Naidoo
09:18 08 Dec 20
Customer Service is always great, same with the turn around time on orders. Knowledge on the tooling can't be compared.

Alex. Mit
13:05 07 Mar 20
CMP stone have been great to deal with, we've been getting our stone masonry supplies and tools from them for years. I'm just a young apprentice but looking to grow my business and they've always got the tools I need. thanks heaps CMP team.

SK PIETRA
21:15 14 Nov 19
All our stone equipment has been purchased by CMP due to the great customer service and efficiency. Delivery is fast and prices are reasonable. Thanks to Chris and Steve for your continued support. Happy customer for life.